26 year old Edward Winslow Jr. was furious about Plymouth’s Patriots supporting Boston’s Committee of Correspondence in the aftermath of Dartmouth’s landing with a cargo of tea in Boston Harbor. He quickly wrote a point-by-point response in protest, and tried to have it read publically at Plymouth’s Town Meeting on 13 December 1773. His hopes were dashed, however, when:

At a meeting of the town of Plymouth, legally assembled and held in the Court House, in Plymouth, on Monday the 13th Day of December, Anno Domini 1773, by Adjournment from the 7th current, a vote was called to know if the town would reconsider those votes and resolves they came into last town meeting, it passed in the negative, 20 for it, and 52 against it. Then Edward Winslow, Esq., informed the town that he had in his hand a Protest against the Resolves of the last Town Meeting, signed by himself and a number of others, the inhabitants of this town, which he desired to read, a vote was called to know if said Protest should be read, it passed in the negative. A true copy, attest. EPHRAIM SPOONER, TOWN CLERK.

A biography of Edward Winslow describes him as follows: “He grew up in a great mansion, overlooking Plymouth Rock, which his father had built to entertain the social élite of Massachusetts. After graduating from Harvard College in 1765, Winslow began to follow in his father’s footsteps as a local official in Plymouth, and served as naval officer, registrar of wills, and clerk of the Court of General Sessions. He also moved conspicuously in the governing circles of tory Boston… in 1769 he was a prime mover in the establishment of the Old Colony Club, an organization devoted to memorializing the founders of Plymouth Colony. When in 1770, at the age of 23, Winslow was asked to deliver the public address celebrating the 150th anniversary of the landing at Plymouth Rock, he could fairly believe that his career was launched. Two shadows threatened these bright prospects. One was a heavy load of debt. The family’s lavish style of life far exceeded the money available, and these “old debts” would hamper Winslow’s ambitions for the rest of his life. Even more ominous was festering public discontent with the Massachusetts colonial government. A tory since birth, Winslow responded to radical criticism with an intense partisanship that was characteristic of his personality. His authorship in 1773 of the “Plymouth Protest,” condemning the Sons of Liberty as a “sett of cursed, venal, worthless Raskalls,” may have been admirably loyal but it was also reckless. Likewise, by refusing to cooperate with the Plymouth County Convention and by organizing a private tory police company to maintain order in Plymouth, Winslow eventually made himself so “obnoxious” to his countrymen that he was stripped of his public offices, and in October 1774 “the Great Mob . . . hunted me from the Country. . . .” 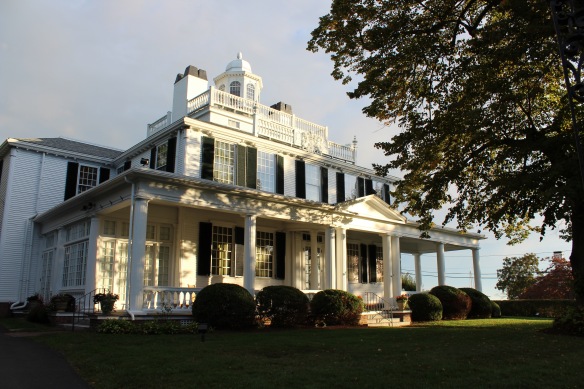 Winslow’s protest was mailed off for publication in Boston newspapers, but landed in the press in the immediate aftermath of the Boston Tea Party.

The following is a PROTEST, of some of the inhabitants of the town of Plymouth, against the RESOLVES of that Town, published in this paper of last Monday.

That it is not only our right, but our duty, frankly and freely to express our sentiments on every matter which essentially concerns the safety and welfare of our country, is a truth which we apprehend cannot be denied.

Therefore, we who are inhabitants of the town of Plymouth neither captivated by the sounds and declamations, nor deceived by the cunning strategems of men who under the specious masque of patriotism have attempted to delude an innocent and loyal people; But firmly and steadily fix’d and determin’d to defend our rights and privileges, and to endeavor to hand to our posterity the blessings of peace and good government which were procured by our fathers and transmitted to us, – Having taken into serious consideration the dangerous and fatal consequences which may arise from the late resolves pass’d at a meeting of this town on the seventh day of this instant December; Fearing that they may bring upon us the vengeance of affronted Majesty and his insulted authority, We cannot answer it is to our GOD and our consciences unless we protest against the proceedings of said meeting, and publish to the world that we were not instrumental in procuring those mischiefs which may naturally be expected from such conduct. And we do by these presents solemnly protest against the whole of said resolves as being repugnant to our ideas of Liberty, law, and reason. With the first of said resolves we will not concern ourselves further than to observe that we cannot see the necessity of this town’s adopting similar measures with the citizens of Philadelphia.

That 2d contains a censure upon a number of gentlemen (who are appointed consignees by the East India company) which we cannot think either decent or just. Nor can we suppose that they have forfeited that protection which good citizens are entitled, or exposed themselves to the indignation of good men.

To the 3rd and 4th we say that we think it an affront to common sense of mankind and to the dignity of the laws, to assert that such a meeting as was held in the town of Boston on the first of this instant December, was either lawful or regular; And further that the said meeting and the conduct and determinations therein do not appear to us to be either necessary or laudable, nor in any degree meriting the gratitude of those who wish Well to America: But in our opinion on those who by constitutional and lawful means have endeavoured to hinder their proceedings and to prevent the bad effects thereof, have in this instance shown themselves to be firm friends to the fredom and true interests of this Country.

To the first we must observe, That we do not think ourselves bound either in duty or gratitute to acknowledge any obligations to the body who composed that meeting, nor to aid and support them in carrying their votes and resolves into execution, nor do we intend to hazard our lives and fortunes in their defence: But on the contrary We suppose it is our indispensible duty (as the faithful and loyal subjects of his most gracious Majesty King GEORGE the third) to manifest our abhorrence and detestation of every measure which has a tendency to introduce anarchy, confusion, and disorder into the state, whether the same  be proposed by Bodies of Men or by an individual.

In witness of all which we set our hands at Plymouth the thirteenth day of December, A.D. 1773.

I have provided links to the FindAGrave entries to the majority of these 40 Plymouth protestors. These men were a wide range of ages, but most of them were from Plymouth’s elite, wealthy families. Although Winslow’s letter is sometimes referred to as Plymouth’s Loyalist protest, an interesting aspect of this missive is that most, although not all, went on to identify as Loyalists during the Revolutionary War. Some men on this list were evacuated with General Gage when the British abandoned Boston, some fought with British troops during the Revolutionary War, and some continued to work for the British government and were officially banished from Massachusetts during the War, and permanently went to live in Canada or England during and after the war. But several of these men, once the Revolutionary War began, sided with the Americans. And some simply kept their opinions to themselves while their sons or other close relatives served with American troops.

By late December of 1773, several of these Plymouth protestors recanted their signatures after learning how outraged some Bostonians were to read the protest following the wake of the Boston Tea Party. But even their recantation would prove to be just as controversial in Plymouth and Boston.